Raipur Institute of Medical Sciences (RIMS) was established in 2012. It is situated in the heart of the Raipur City. With the global mission of “Health for All”, RIMS is delivering healthcare facilities and medical education, which is within the reach of each and every citizen. Within few years of inception, RIMS has set its place as one of the premier hospitals and medical college in the state of Chhattisgarh.

RIMS is managed by the Lord Buddha Education Society. The MBBS course offered by RIMS is affiliated to the Ayush and Health Sciences University, Raipur. The Government of Chhattisgarh issued the Essentiality Certificate (bearing Sl. No. 17-36/2010/IX/55) to open a hospital and medical college to the Lord Buddha Education Society on 14th July 2010.

Currently, RIMS is running 410 bedded hospital and a medical college for 150 MBBS seats. The availability of contemporary medical equipment, modernized ICUs, CCUs, OTs, laboratories and a team of well trained medical staffs, are helping us to deliver the congenial atmosphere, which is a requisite for a standard medical institution. By using the latest technological developments we are committed to providing the cost-effective healthcare facilities and medical education. 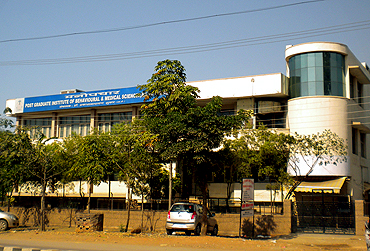 Dr. Prakash Narayan Shukla is the founder member and also the director of the Post Graduate Institute of Behavioural & Medical Sciences (PGIBAMS). With an M.B.B.S., from Jabalpur University, D.P.M.. and MD in Psychiatry from K.M. Seth of P.G. Medicine & Research, Ahmedabad, Dr. Shukla has worked extensively for over a period of 27 years in the field of Psychiatry as a faculty in reputed institutions as well as a practicing Private Consultant Psychiatrist.

A seer, visionary and a dedicated member towards eradicating the causes of psychiatric problems in society, Dr. Shukla aimed at establishing his own institute. PGIBAMS is a result of his hard work, commitment and diligence, that became fully operational in August, 2003.

Some accolades won by Dr. Shukla include, numerous publications and presentations in CIPCON. In the past, he has been the President of I.P.S., Central Zone 2001-2002 and winner of Prof. B. B. Sethi Oration Award, Central Zone, 2007. Dr. Shukla has been a part of many national and international conferences and has successfully organized National Mid Term C.M.E. Programme at Raipur in 2007.