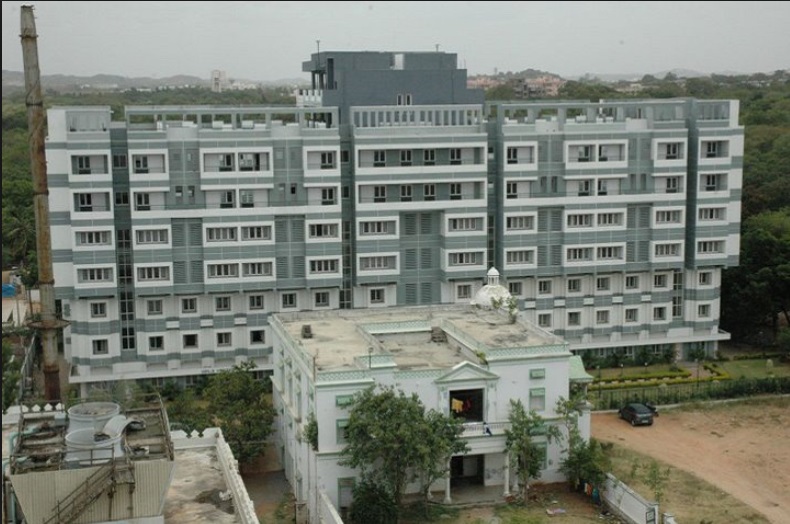 The Deccan College of Medical Sciences (DCMS) is one of the oldest and most sought-after medical colleges in State of Telangana. With its modern infrastructure, state-of-art equipment and highly qualified and motivated teaching staff, the college produces 150 high-caliber medical graduates each year.

DCMS is recognized by the Medical Council of India, and affiliated to the Kaloji Narayan Rao University of Health Sciences of the State of Telangana. It is governed by the Darus-Salam Educational Trust under the provision of Article 30(1) of the Constitution of India. Although primarily a Muslim Minority medical college, the College also admits non-minority students.
DCMS was started in the year 1984 (with an intake of 100 M.B;B.S. seats) by the Late Aljhaj Sultan Salahuddin Owaisi—who was also Member of the Andhra Pradesh Legislative Assembly for 22 years before serving as Member of Parliament for the next 20 years. It was the first medical college for Muslim Minorities in India, and the first Minority medical college in the erstwhile state of undivided Andhra Pradesh. Today, the College is managed by its Chairman, Mr Asaduddin Owaisi (Member of Parliament) and its Managing Director, Mr. Akbaruddin Owaisi (MLA and Floor Leader, AIMIM).

Apart from its modern classrooms and hostel, the College has a modern Skills Lab and aCentral Library housing over 30,000 volumes. Its digital library has access to hundreds of online full-text journals. The Journal of Medical and Allied Sciences, an indexed print (and online) journal, is published from the College.

Two hospitals fall under the aegis of DCMS—the Owaisi Hospital and the Princess Esra Hospital. Both these well-equipped hospitals cater to a vast number of patients at highly subsidised rates.
Over the last three decades, DCMS has produced 20 batches of students who continue its legacy of outstanding accomplishment both in this country and abroad.

The medical students of DCMS have regularly secured research scholarships from the Indian Council of Medical Research, and have won prizes in the OSMICON—a conference for talented medical students.

By recently launching its large sports arena, indoor stadium and gym, DCMStakes its responsibility seriously to continually upgrade and renew itself in its commitment—not only to quality medical education, but to the overall development of the doctor as a well-rounded individual and a responsible and productive member of society.