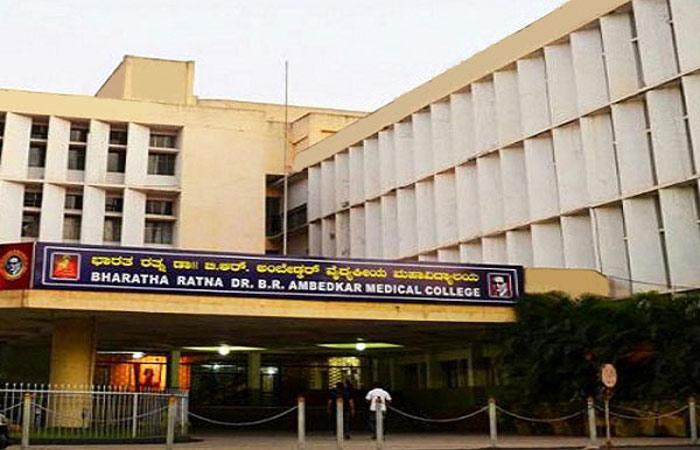 The emblem of Dr.B.R.Ambedkar Medical College, Bangalore established by Ananda Social and Educational Trust, is a symbolic expression of compassion and sacred service to be adopted for the practice of modern medicine.

A central wand with entwined snakes symbolizing Greek and Roman Gods of health called Hermes and Mercury is adopted as a symbol of modern medical sciences.

The wings above it depict human soul called Hamsa in Indian Philosophy. “Gautama the Buddha” incorporated in the emblem is a depiction of peace love and harmony

The motto of Dr.B.R.Ambedkar Medical College, is to provide selfless and quality health services to mankind.

The pole star guiding the destinies of the downtrodden of the society who inspired us to take upon ourselves the onerous task of running this institution.

We pray in all humility to these enlightened souls to encompass our students in the eternal aura of their compassion and make their tryst with this college personally purposeful socially meaningful and academically satisfying.

Origin
The Ananda Social and Educational Trust was set up as the outcome of a dream of committed Scheduled Caste intellectuals and philanthropists to make a positive contribution for the betterment of SC and ST and underprivileged people by opening up new avenues for them to find better slots in the social hierarchy by providing quality education. To this end a Medical college named after Bharatha Rathna Dr. B.R. Ambedkar was established by the Trust in July 1981