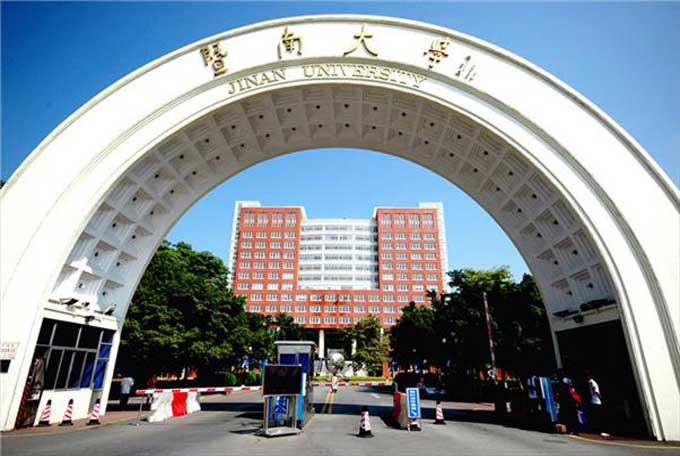 Jinan University (JNU) is a public research and comprehensive university based in Tianhe District, Guangzhou, Guangdong province, China. It is one of the oldest universities established on mainland China tracing back to the Qing dynasty (1644–1911). Its mission is to spread Chinese learning and culture from North to South, and from China overseas. Jinan University was the first university in China to recruit foreign students, and is currently the Chinese university with the largest number of international students. In 1996, it was included in the state's Project 211 for development of key universities. It is a university administered by the Overseas Chinese Affairs Office of the State Council and the Chinese Ministry of Education.